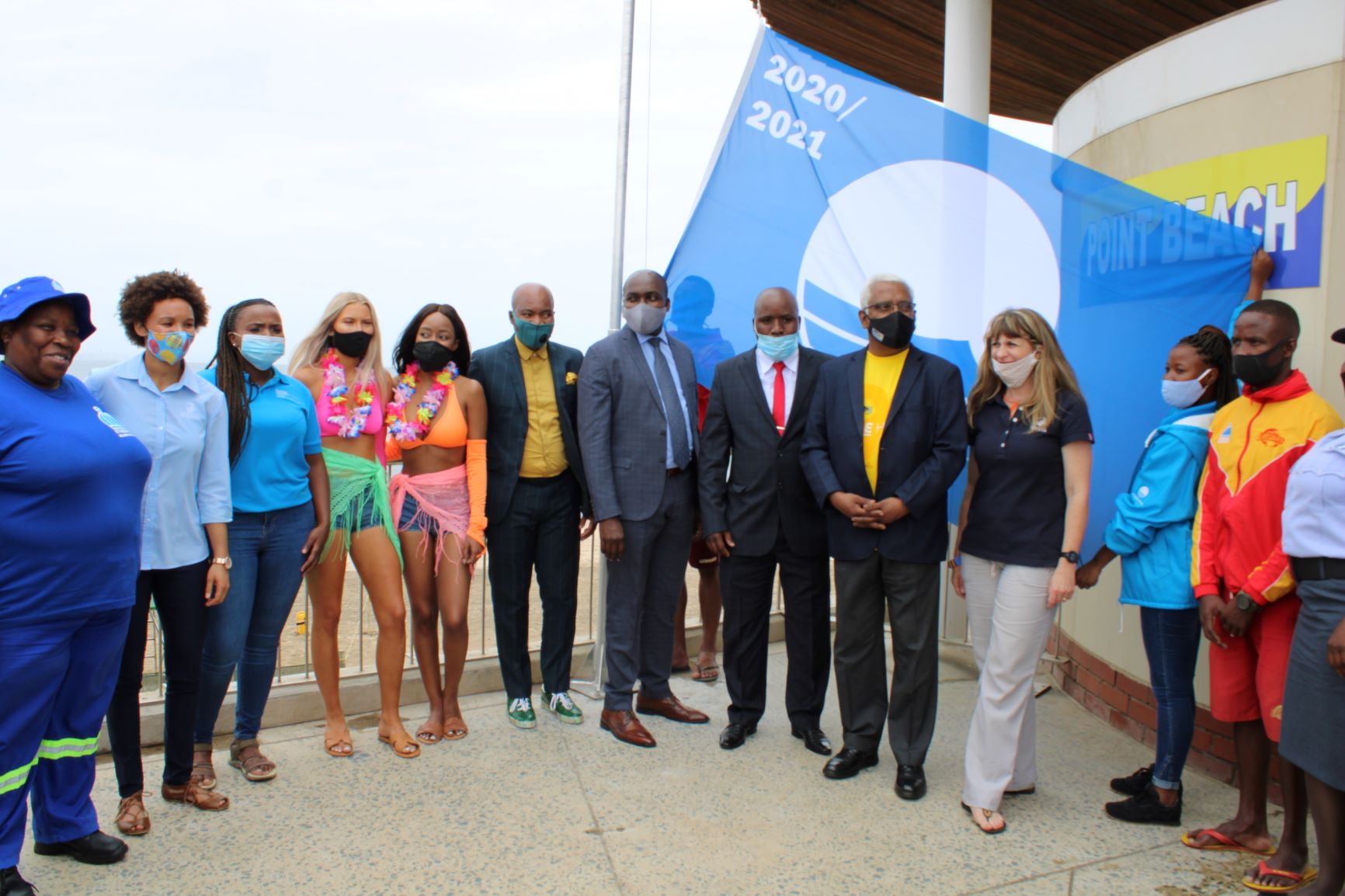 Posted at 06:21h in Media Releases by Wessa

The ceremony for this prestigious environmental award was held at Ushaka Marine World on the 27 November 2020. In recognition for excellence in safety, amenities, cleanliness and environmental standards, 58 Blue Flags will be proudly flown at 48 beaches, 6 marinas and by 4 sustainable tourism boats around South Africa over the forthcoming 2020/21 South African Blue Flag season. The season officially opens on the 1st December 2020.

The Blue Flag programme also allows for new sites to participate in the Pilot programme in an effort to get themselves up to full Blue Flag status in future. Nineteen Pilot sites received recognition for their efforts in working towards the minimum requirements for Blue Flag Status.

Attending the launch, eThekwini Mayor Mxolisi Kaunda stated the commitment of eThekwini to improving and increasing the number of Blue Flag beaches along the coastline in order to encourage and attract both domestic and international tourism to all their beaches, over and above the Blue Flag sites. The Mayor went on to say that eThekwini, with over 100km of coastline with tourist attractions and the busiest port in the continent, brings economic benefit to the people of eThekwini and the entire continent.

The keynote speaker at the event was the MEC for Economic Development, Tourism and Environmental Affairs, Mr Ravi Pillay. The MEC referred to the COVID-19 pandemic and how it has devastated  communities and disrupted the economy, however was proud and positive that even with the estimated 10 to 26 % decrease in holiday makers, the Province still achieved more than the traditional base of 600 000 visitors during the  2020 season. He went on to say “the Province is quietly confident about attracting some 750 000 domestic visitors who come to KwaZulu-Natal to experience it all – the natural backdrops, diverse cultures, the taste of our unique range of cuisine, the myriad of attractions and – of course – our glorious Blue Flag and many other stunning beaches, for which KwaZulu-Natal is so widely renowned.’’

Grotto Beach in the Overstrand Municipality and Humewood Beach in Nelson Mandela Bay Municipality received a special award on the day to recognize the achievement of 20 consecutive years of Blue Flag awards for these two popular South African beaches.

WESSA is committed to continue working together with local municipalities and tourism operators to grow the Blue Flag programme in South Africa. The programme provides an excellent international standard for municipalities and tour operators to strive toward.  Sites flying the Blue Flag are showing their commitment to conserving our fragile marine and coastal environment, raising environmental awareness and increasing sound environmental practices.