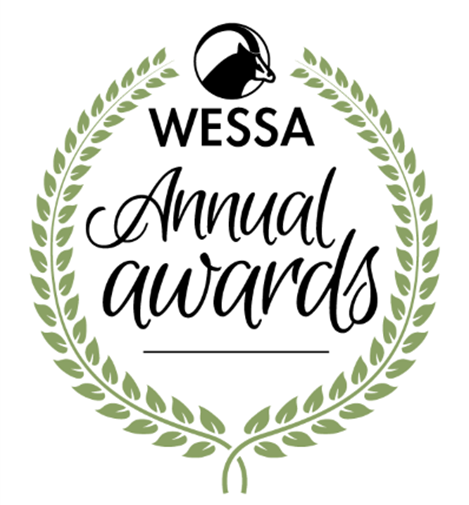 16 May CALL FOR NOMINATIONS

Posted at 11:57h in Media Releases by Wessa

The goals of the WESSA Awards are as follows:

1. To give appropriate, high level recognition to people, groups or institutions for advancing the cause of environmental conservation and/or education in South Africa in an exceptional and sustained manner.

2. To provide an opportunity for WESSA to increase public awareness of local or national achievements in environmental conservation and/or education.

In general, the main criterion for all the WESSA Awards is as follows:

1. The above contribution can be made at a local level, but it should be deemed to be of national significance or be able to be replicated at a national level.

2. In exceptional cases, the WESSA Awards Committee may consider submissions where the activity has not been on a sustained basis.

3. WESSA staff are not eligible for the awards.

Who can make nominations?

Anyone can nominate a candidate for these awards. Nominations are directed to the WESSA Awards Committee at awards@wessa.co.za. www.wessa.org.za 2

By 15th August 2021 the successful nominee/s will be notified that they are to receive an award. They are requested not to make the award public until they receive the award at the WESSA National AGM.

Please note that the Awards Committee’s final decision will be based entirely on the contents of the submission. They will not, as a rule, undertake further research into the achievements of the nominees or the veracity of the claims made. Nominations must therefore be both substantial and substantiated.

Announcement of the awards:

Nominations must be in writing and should include:

2. Full name and signature of person proposing the nominee (proposer).

3. Present address and contact telephone number and e-mail address of the nominee.

4. Full motivation for the nomination in which the candidate’s exceptional and (where appropriate) sustained contribution(s) to environmental conservation and/or education are described, with a specific focus on outcomes and achievements.

5. An abbreviated Curriculum Vitae of the nominee.

A list of the past recipients of WESSA Awards is available on our website www.wessa.org.za . Only in exceptional cases may previous award recipients be nominated again.

What awards can be made

This is WESSA’s premier award to an individual. The person nominated must be considered to have made an outstanding contribution to environmental conservation and/or education in South Africa over a sustained period of time and at a national level. “Outstanding contribution” in this context is understood to be a contribution over and above what would normally be expected from their work.

Youth are increasingly taking on environmental issues and making them their life’s work. In the Youth Award category WESSA would like to acknowledge a young person, under the age of 35 years, who has committed themself to environmental conservation and/or education. This individual should be making an “outstanding contribution” that is having positive outcomes at a national level. www.wessa.org.za 3

This award is made to corporations or institutions for outstanding contributions to environmental conservation and/or education in South Africa over a sustained period of time and at a national level.

This award is made to any group of volunteers (e.g. community, educational, environmental) who have done outstanding work for the benefit of environmental conservation and/or education over a sustained period of time. Such contribution could be in their local area but should be of a national significance or be able to be replicated nationally.

WESSA AWARD FOR TEACHER OF THE YEAR

This is a new WESSA award and celebrates the unique contribution of teachers to the Schools and Youth Unit and honours their commitment to improving the quality of environmental education in the South African school curriculum and enriching the lives of their students.

The intention is that a single award be made in each category each year. However, there is no restriction on the Awards Committee to limit awards made in one year. Furthermore, should no suitable candidate/s be nominated, the Awards Committee reserves the right to make no awards or call for more nominations.

Any questions or clarification about the WESSA Awards should be addressed to Sarah Alcock sarah@wessa.co.za